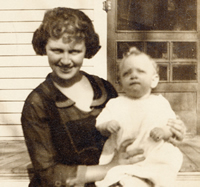 Bill Daniels was born in Greeley, Colorado in 1920. As a child, he lived with his family in Omaha, Nebraska and Council Bluffs, Iowa. Later, the family moved to Hobbs, New Mexico. When Bill was a teenager, he attended the New Mexico Military Institute in nearby Roswell. As a young man, he was an undefeated New Mexico Golden Gloves Champion.

Bill was a naval fighter pilot in World War II and was awarded the Bronze Star for his valor during an enemy attack on the aircraft carrier USS Intrepid. He also served during the Korean Conflict and retired with the rank of Commander. 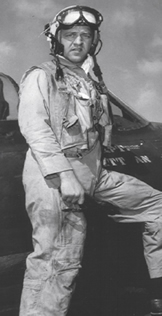 Shortly thereafter, Bill was traveling through Denver on his way to Casper, Wyoming where he ran a small insurance business. It was on this trip that Bill encountered television for the first time and was captivated by the technology. He learned that many small towns—including Casper—did not have access to it. As a result, Bill started his first cable TV business in Casper in 1953.

As one of the pioneers in cable television, Bill went on to own and operate hundreds of cable TV systems across the country. The firm he founded, Daniels & Associates (now RBC Daniels), is a nationally recognized leader in providing investment banking services to media and technology companies. His leadership helped attract many high-tech and communications companies to the Front Range. 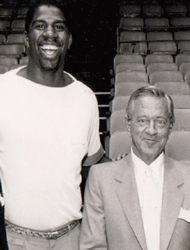 An avid sports fan, Bill was one of the first cable leaders to focus on sports programming, giving impetus to today’s highly popular regional sports networks. He sponsored a number of professional boxers, served as president of the American Basketball Association, was a founder of the United States Football League, and was an owner of several professional sports teams, including the Utah Stars and a stake in the Los Angeles Lakers. 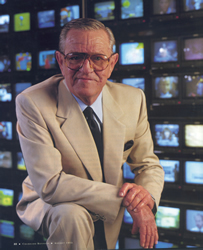 While Bill was widely known and respected for his sports and cable achievements, he became even more admired for his humanitarian endeavors. Bill long believed that people fortunate enough to succeed have a responsibility to help others who may not have had the same advantages. Over the years he made countless charitable contributions and supported the community in innovative and meaningful ways.

With his plane, he set a world speed record for business jets while raising $300,000 for a local charity. He donated his $7 million mansion, Cableland, to the City of Denver as the official mayoral residence. He provided major support to Denver organizations serving young people and those in need. 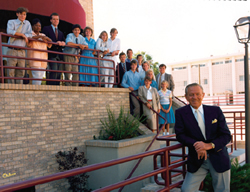 Among Bill’s most notable philanthropic projects were his pioneering efforts in education. Recognizing the value of learning financial responsibility at a young age, Bill founded the Young Americans Bank in 1987 to provide a full range of banking services to children and young adults. It remains the world’s only chartered bank exclusively for young people. 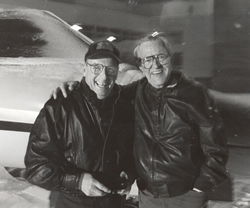 Bill then turned his attention to another personal concern. He felt greater educational focus—particularly at the college level—should be placed on ethics and integrity. He collaborated with the University of Denver to incorporate ethics, values, and social responsibility into the business school curriculum. The school was named the Daniels College of Business in 1994.

Bill had a very personal concern for—and involvement with—individuals in need and the organizations that serve them. He did more than just sign checks—he sought out and interacted with those needing help. While money was an important part of his contributions, his visible support of charitable causes also served as a model for others. For Bill, the strength of a community could be measured by the success and happiness of all its citizens. That’s why he devoted so much time and attention to helping its most disadvantaged members lead happier, healthier, and more productive lives. As he once said, “I am for the underdog, for those in ill health, the homeless, the hungry, for guys who need a second chance.” 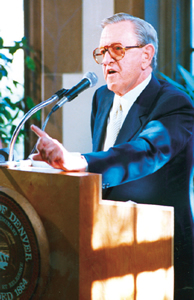 Bill established the Daniels Fund to provide grants to outstanding organizations and scholarships to deserving students in Colorado, New Mexico, Utah, and Wyoming. When he passed away in the year 2000, his estate transferred to the Daniels Fund making it one of the largest foundations in the Rocky Mountain Region. 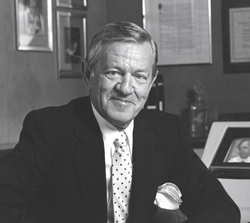 Bill Daniels believed that boundless opportunity can exist for each and every one of us. Throughout his lifetime of generosity and through the organizations that now carry on his legacy, he ensured that many more individuals will realize their full potential.