Prepare for a career in marketing in an innovative, hands-on business program at the only business college to earn the coveted Malcolm Baldrige National Quality Award from the Office of the President of the United States. 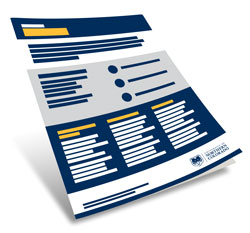 Get a career guide

Marketing attracts creative and driven individuals who want to understand
customer needs and wants in order to generate interest in a company’s products or services. Download our Marketing career guide

Your Future in Marketing

Marketing is about engaging distinct consumer audiences to sell products and services and build customer loyalty. An effective marketer must be both creative and analytical, and ready to adapt to new techniques and technologies in a continually evolving field. These are the kinds of valuable professional skills you’ll develop in our Marketing program, working alongside award-winning professors who bring real-world marketing experience to the classroom.

Consider UNC’s B.S. in Marketing if you:

Job Titles of our Marketing Alumni

Sample of companies our Marketing alumni have joined since 2011

Candidates for the award must have at least 20 years of advising experience, be actively involved in AMA activities, participate in annual reports judging, showcase national leadership and foster a successful student chapter.

Iyer joined the faculty at UNC in 1985 and has been the advisor for UNC's marketing club for 25 years. Under his guidance, the club has been named Best Chapter in the Western Region multiple times. This year the chapter received the award for Best Chapter Plan.

He's been voted by students as the marketing professor of the year in 2007, 2008, 2010 and 2012, received the 2008 Hormel Meritorious Teaching Award from the Marketing Management Association, and was the Alpha Kappa Psi—Xi Phi Chapter Professor of the Year in 2010.

Iyer received the award from the AMA Collegiate Chapter Council during a ceremony at the 35th Annual Intercollegiate Conference in New Orleans.

The American Marketing Association is one of the largest marketing associations in the world, with more than 30,000 members who work, teach and study in the field of marketing across the globe.